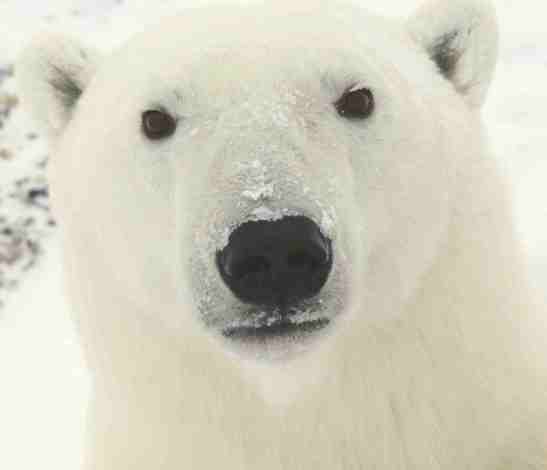 Photo from the Creative Commons

Polar bears have a range throughout the arctic region surrounding the North Pole that depends upon the ice pack of the Arctic Ocean and the land fast ice of surrounding coastal areas. Bears will travel as much as 600 miles in a season, north and south, as ice melts and freezes. Bears remain on islands or coastlines with landfast ice, drift on ice floes, or get stranded on land during summer, where they are forced to endure warm weather. 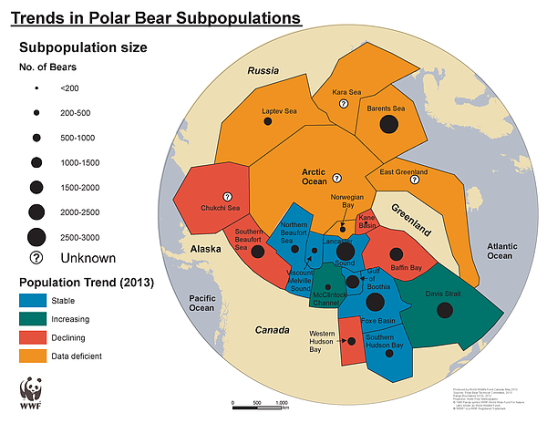 Polar bears are carnivores that prefer seals but will also hunt walruses, sea birds and their eggs, small mammals and fish. They will also scavenge on carrion of seals, walruses, or whales. Polar bears consume the skin and blubber first and the rest is often abandoned until other polar bears or arctic foxes scavenge the leftovers.

Why Polar Bears are Awesome:

Polar bears are the largest land carnivore in the world. Polar bears can swim up to 100 miles non stop and over several days, and at an average speed of 6 miles per hour. On land they can run as fast as 40 mph. You are not going to out swim or outrun a polar bear.

Why We Care about Polar Bears:

Polar bear populations are currently threatened by trends in global warming, which continues to decrease the extent of their habitat (pack ice) and their prey base. Their lives are an endurance event that continues to become more and more challenging.

Here is a video of a mother polar bear emerging from her den with her cubs, which is narrated by the beloved Sir David Attenborough.

This entry was posted on January 19, 2014 by Maymie Higgins in Bears, Mammals, polar bear, Wildlife and tagged polar bear.