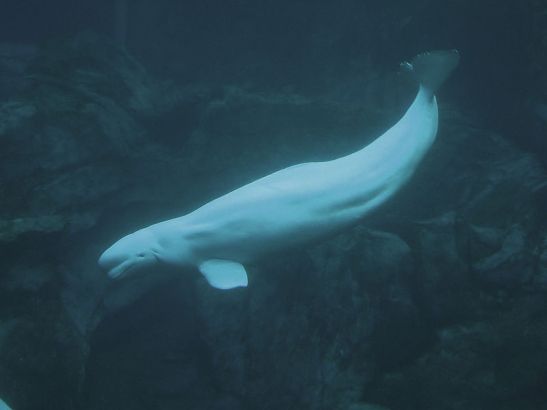 Beluga whale at the Atlanta aquarium.
Photo by Greg Hume

The word beluga comes from the Russian word “bielo” meaning white. Beluga whales are actually born dark gray and are not white for up to eight years.

Beluga whales live in the arctic and sub-arctic waters, in inlets, fjords, channels, bays, and the shallow waters along the coast of Canada, Alaska, Greenland, Norway, and the Soviet Union. 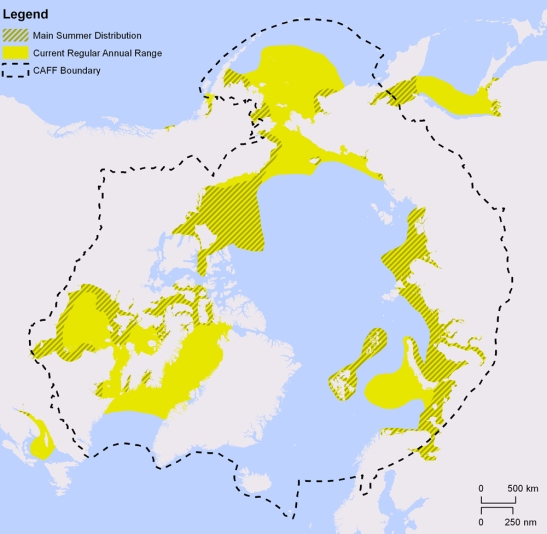 This map shows the regular annual range of the beluga in yellow, while the striped areas indicate the beluga’s maid summer distribution. (IMAGE COURTESY OF WWF)

Why Beluga Whales are Awesome: 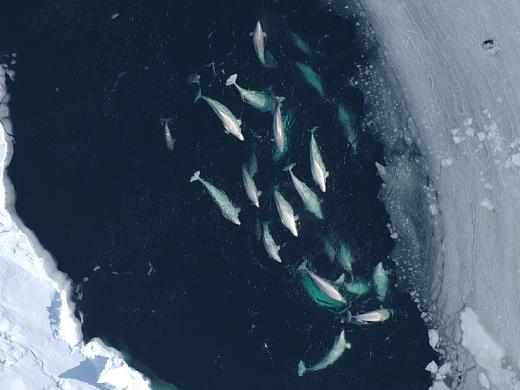 Why We Care about Beluga Whales:

Whales are at the top of the food chain and therefore help the balance of the marine ecosystems in which they live.  Beluga whales are also a source of food for Inuit communities. Beluga whales depend on sea ice for its existence, much like polar bears do, and can be directly affected by global warming.

This entry was posted on December 22, 2013 by Maymie Higgins in Arctic Animals, Mammals, Wildlife.