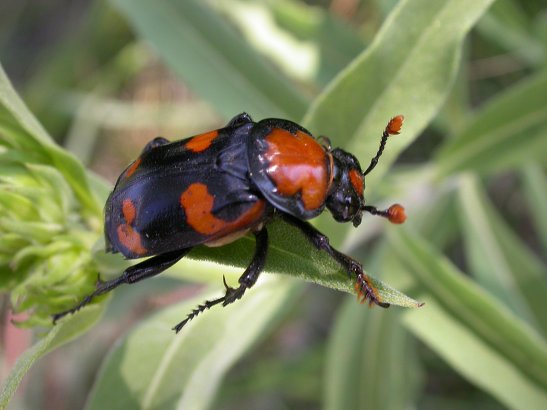 The U.S. Fish and Wildlife Service began capturing American Burying Beetles in the early 1990s for the purpose of beginning a captive breeding program and later reintroducing captive bred beetles back to the wild.  In 1994, Roger Williams Park Zoo joined the project and later became a breeding facility.  Since then, more than 5,000 American Burying Beetles have been bred there and over 2,800 have been released in Nantucket, Massachusetts.  In 2006, the Association of Zoos & Aquariums created a Species Survival Plan for the ABB, the first for a terrestrial invertebrate.

The Saint Louis Zoo is also heavily involved in surveying for beetles and returning them to their former range in Southwest Missouri while working with the U.S. Fish and Wildlife Service, the Missouri Department of Conservation, and The Nature Conservancy.

How We Can All Help American Burying Beetles:

Tell President Obama that you are against the Keystone XL Pipeline, which would possibly destroy not only part of the American Burying Beetle range, but also negatively affect dozens of other plant and animal species.

Saving the American Burying Beetle is dirty work, as this video demonstrates.  Thank you to all the beetle champions who are working hard to save them!